A Concert For The Damned?

In Very Poor Taste
(Part of The Darkness Visible series) 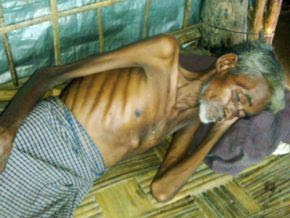 (Rohingya Die From Starvation Every Day)

On December 16Th Jason Mraz will be playing a concert to help bring awareness to the plight of people bound in modern day slavery. These victims are bound in modern day practice of slavery we call "human trafficking". Many are traded for slave labor in factories and house servants. Others are indentured servants kept in slavery for most of their lives with the lofty dream of being free once their "debt" is payed off. Most however are traded as sexual slaves forced into lives of prostitution. All are robbed of their freedoms that G-d himself gave each and every one of us from our first breath.

The concert is part of MTV's program MTV EXIT. It is a project I have supported on Twitter in the past. However the problem with this concert is simple... and obvious to those who follow human rights issues. Especially that of genocide.

MTV plans to take their showmanship to one of the world's most impoverished hell holes. This place violates all its citizens' basic human rights and liberties. It denies citizenship to those who it deems unworthy of life. And at the current moment is a country actively engaged in the intentional destruction of a specific ethnic group on basis of religion and ethnicity alike. MTV is planning to host this concert, mainly for a Western audience, in Myanmar. 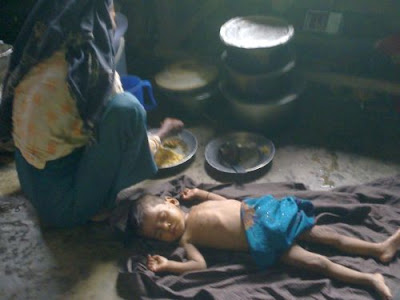 It is beyond a doubt the most blatant and disgusting attempt at self-adulation I have seen in some time. Practically breaking their arms to pat themselves on the back, MTV EXIT has decided to host a lavish concert in a country where portions of the population can barely eat one meal a day. And instead of recognizing the hellish conditions the Rohingya in Myanmar are subjected to, MTV EXIT wants to point out a human rights violation that has little to do with the genocide Myanmar's government is perpetrating right now.

Even President Barack Obama, a humanitarian when his political image benefits from it, took time to at least mutter some words of condolence for the Rohingya who were dieing from starvation as he spoke to the Rakhine. MTV EXIT however does not seem ready to confront the worse evil our species has ever brought upon this earth. Instead they would rather carry on with a concert that in the end will only serve to glorify the pompous rich like Jason Mraz. 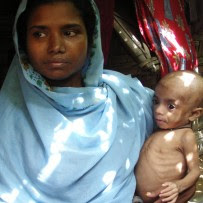 (Rohingya Children Are At The Greatest Risk)

Instead of taking meaningful action to help those in need the liberal ideals that tug at the heart would have us listen to hollow words and lullabies for the dead and dieing.
Posted by Helix at Friday, November 23, 2012

Feel free to comment, just keep it on topic.