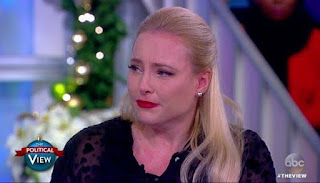 The American rightwing has frequently come to the defense of Jews after repeated shootings in American synagogues. The Evangelical conservatives see it as a part of their sacred duty to stand by Jewish people right up until the return of Jesus. And it is that savior complex, with all its opportunistic tendencies, that drives the conservative side of the debate on what is and what isn't antisemitic.

So what is antisemitism and what is not antisemitic? That question is very complex and yet can be readily answered in a way that keeps the conversation within guardrails. Antisemitism is the professed hatred, mistrust of Jewish people. It manifest in conspiracy theories of Jewish people holding disproportionate power, influence within society as well as darker myths of Jewish people conspiring for domination of the destruction of select other groups of people. It can also be as passive as any other form of racial discrimination in which assigned characteristics that are meant to otherize Jews and deem Jewish people as untrustworthy or unworthy of being considered equals. These are straightforward ways to define antisemitism that can, when reasonably applied to daily life, help Americans identify when somebody is displaying antisemitism. But even then this does not weed out the more insidious ways in which antisemitism has been baked into American society, as well as much of European and Middle Eastern societies, with influences ranging from religion to cultural differences.

In America the discussion on antisemitism is often far less concerned with the wellbeing of Jewish people as individuals, which runs counter to the American culture of individualism, but rather often aims to collectivize Jewish people in a manner that makes Jews easy to pigeonhole. This lends itself to more nefarious forms of antisemitism. The stripping of a Jewish person's individual identity and affixing a perceived view of Israel, for better or worse, is antisemitic. And this is where the savior complex mentioned above comes into play.

When Meghan McCain, with whatever good intentions she believes she might have, stands atop Jewish peoples' shoulders and speaks over us as she "defends" us - this is that savior complex. She routinely replaces our identity as American Jews with that of being members of a collective that is identified only by Israel. Israel being a nation means that it has citizens of its own, some of which happen to be Jewish, and obviously as American Jews, we are not part of it. But the Christian view that all Jews must be part of Israel, especially when approaching that final book, has been driven deep into the Christian American mindset. It forms a barrier that keeps American Jews from fully being part of American society and absolute equals in every single way that Christian Americans naturally see themselves as. It denies the same level of participation in the conversation by American Jews by leaning heavily on the notion that at some level we can't be as dedicated to the country we belong to because of the insinuation that we are also loyal to a country we do not belong to. The duel loyalty trope is ironically one that McCain has accused Rep. Omar of making, yet this savior complex that McCain so often engages in is founded on the belief that we, as Jews, do not truly belong to America.

While Christians in America have plenty other antisemitic stumbling blocks to work past, such as the routine deicide charges, the savior complex that conservative Christians so often exhibit is one that needs addressed. American Jews need true allies and support during times like these, as attacks on our communities increase in frequency and levels of violence. But we don't need saved. We don't need to be looked at as an opportunity to get on that pro-Israel Evangelical soapbox. We need people to simply recognize that antisemitism has deep roots in America and the only way to stop these attacks is to address each and every spring from which these roots are fed. It should be seen as the sacred duty of anyone who believes in Jesus to look at themselves, at their own communities first and reflect on how they themselves might very well be contributing to the hatred of any other people, be it Jews or immigrants or Muslims.

Several of the following posts will be addressing antisemitism and how it works. These will discuss what distinctions should be made between anti-Zionism and antisemitism, why Ilhan Omar is not the antisemitic hate preacher the Republicans are casting her as and the need for all extremists who peddle antisemitic views to be taken on without relent.
Posted by Helix at Tuesday, April 30, 2019 No comments:

The Islamic State showed the West that terrorists can effectively exploit social media to incite and organize terror attacks around the world. World leaders and tech companies all rallied around calls to strip the ISIS accounts of their online platforms and limit the flow of propaganda and information sent out by the well organized terror group. Anonymous and Western countries found themselves working towards the same cause for a change. It has proven effective in countering the weaponizing of social media and online formats. But when it comes to white power terrorism, when it comes to a terrorist threat that has its origins in the West, suddenly those efforts are extremely limited to a few key players (such as Germany's government for example) while major ones (such as America) refuse to bring that same tenacity to the fight against white supremacist terror groups.

It is hard to imagine any other terrorist threat being allowed the room and comfort to operate within the United States, let alone abroad, and to claim lives each and every year, without serious and aggressive action being taken by the United States federal government. Both Republican and Democrat administrations have launched drone strikes, bombing runs, invasions and endless wars in the name of 'national security'. Countless war crimes have been committed in by the United States, in the name of each and every American, because Americans felt threatened by terrorism coming from abroad. Yet even hinting that white supremacists should be shutdown/deplatformed is taboo in America. We can't even hold an honest discussion about the threat to American lives because white power, a clear and present danger, is held in such regard, and shielded by exaggerated interpretations of the constitution, that one can only come to the conclusion that white supremacy is a sacred cow that America isn't willing to do away with.

For years now the country has been asked to at least take an honest look at the inequalities within the system that offer white supremacists support in their desire to retain influence as well as social and political power. The discussion gets side-railed by many things, ranging from a history of refusal to adequately address racism to outright denial of racism itself, but most often is shutdown by white supremacist spreading fear among white Americans that somehow any steps to address racism would make white people second class citizens. An outright lie. A lie that illustrates how the movement uses fear to fuel hate, hate to create fear and that entire cycle itself to create attacks on minorities.

This refusal to address racism, and bigotry of all forms, when talking about white Americans has only been exploited by politicians who, like Trump, often share the views that white supremacist hate groups thrive on. Which is exactly how America ended up with a White House riddled with white supremacists. The system starts at the ground level and rises from there. Trump's hate is not an anomaly - it is the direct result, and the most logical conclusion, of America's white supremacist roots.

Until the United States can be forced to truly address the issue, that being the inequality of its systems and society, white supremacist terrorism will proliferate. More lives will be lost and more "thought and prayers" will be offered over the graves of people that should have never had to die due to American indifference. The power structure, as it is today, favors the hate that America claims doesn't define it.
Posted by Helix at Monday, April 29, 2019 No comments: