"Never shut-up, Never cease, Never Forget."
-
And we are back... again.
-
In past post I have pointed out how eugenics was used to castrate and sterilize the quote "undesirables" of society. In Indiana alone thousands of people were sterilized against their will. And yet it seems that many seem to forget that these were all acts committed by governments and government sponsored healthcare officials.
-
In the United States we today are happy to forget the eugenics in our past. After all, 23 states practiced eugenics in their attempts to sterilize almost anyone they wanted control over. Many would even tiptoe into the realm of euthanasia as a result of eugenics.
-
So why today are we comfortable with a government controlled healthcare?
-
On May 17th of 1934 Germany banned all Jews from it's national socialist healthcare system. This form of healthcare was free to all other Germans. In fact it was illegal for any doctor to refuse treatment for a patient unless of course the patient was Jewish.
-
By July of that same year it was issued by Germany that Jewish doctors could no longer legally practice medicine. In other words it was illegal for Jews to have access to any form of healthcare.
-
For the "undesirables" left in the system sterilization was a very real threat. Roma and other gypsy groups were often sterilized without consent or knowledge about what was happening. This practice would continue in much of Europe till the 90s. And in Eastern Europe the practice still continues till this day.
-
Under Hitler's Germany healthcare meant population control. It manipulated who could or would have children. Forced abortions became mandatory when the state had "reason" to fear the would be child.
-
State run healthcare in 1934 Germany spent very little time in sterilization. Hitler's ultimate goal of euthanasia and mass slaughter had to be realized. And thus Germany ran toward the end results of socialist healthcare... the killing of the "undesirables".
-
Recently Obama's White House tried to violate the United States Constitution and our freedom of religion by pushing "birth control" upon the Catholic Church. Muslims also opposed the issue but were ignored due to not being an identified "voting block" in the Democrat Party. Yet what was ignored even more than the Muslims was the fact that abortion was a form of the so called "birth control".
-
And that is where socialist healthcare edges it's way into genocide. It's tendency to brush the borders of tyranny have remained constant throughout the years. Obama's healthcare cannot avoid the pitfalls of socialism (the greatest pitfall of all being genocide).
-
Socialized medicine leaves all societies open to the possibilities of abuse. When a society allows a government branch take control of a life and death issue such as this one it leaves itself at the mercy of a future genocidal regimes. It is only a short walk down the road from the hospitals where Hitler euthanized mentally handicapped to Dachau where Jews were gassed.
-
On June 26Th of 1935 Germany made it mandatory for women to have abortions if the doctor believes the child may be "defective".
-
Obama's administration did not name for what reasons a child should be killed. And when called out upon it they took a step back. But the socialist side of his healthcare system has shown through.
-
In Europe's healthcare systems there have been endless stories of Roma being sterilized against their will. Many Roma in recent years have also come forward with claims of forced abortions. All helping to prove the tendency of socialized healthcare... the trend to control who has children and from who the next generation comes.
-
In the end we will have to wait to see just how the "Obamacare" system works out. The Roma in Europe have been, all be it against their will, our canaries in the coal mine. But let us remember, those who do not learn from history are damned to repeat it. 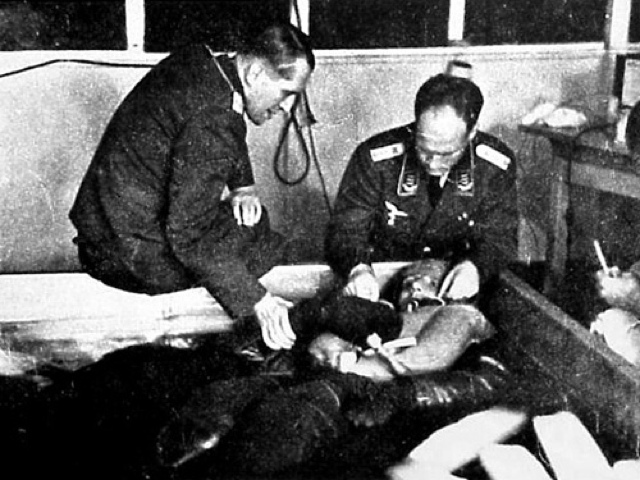