Better off without You 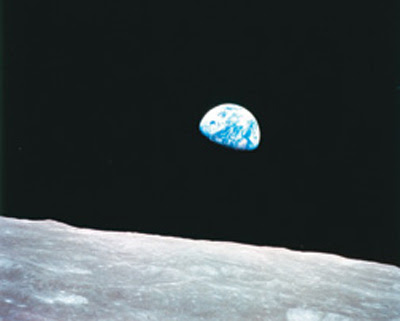 Better off without You

Unlike the wonderfully super intelligent academics on the left… I the Grand Fubba will not lie to you. The world may or may not be a better place if you start holding your breath right now. Go ahead… we are all waiting. After all, that carbon dioxide you are exhaling is killing the environment. And don’t you dare think about letting it slip out the other end… all that methane.

After reading an article on http://www.livescience.com/ I have found that this is exactly what the journalist over there really thinks. Sure Andrea Thompson tried really hard to push the points of global warming in a manner that her liberal comrades would appreciate. Sure she tried really hard to stick to the basics… with all her side’s unproven theories and obscure “facts”. But it still comes down to this one point… we would all be better off without you (or just a lot less of your type).

Lets face it… humans like to pollute these days. We have just grown accustomed to buying a plastic bottle of pop and tossing it out about five minutes later (some of us might feel guilty and “recycle”). Society as a whole has shaped us and molded us to be consumers… sorta the way this economy works. So why would the left be so upset with our “natural” inclinations toward consumerism?

Well besides the left’s love for communism and Obamanism, they really just need control over our everyday lives. It Obama could set there right behind you while you read this… sorry bad example, he would just shut your computer off. But anyhow… if Clinton… sorry, still stuck on the black president bit. Anyway… if a liberal could dictate your every move from the moment you wake up to the moment you went to sleep they would, and they would love it.

But that is all hoopla for the real reason why liberals love global warming. See, all sorts of people love to feel good about themselves. When we lay our heads down at night we like to feel like we are important in some way. So thusly liberals need things like global warming and gay marriage to secure their warm fuzzy feelings… they can’t help it they are hollow inside. Thusly they adopt ideas like this one without any idea what it really entails (ironically these are the same people who hate religion).

What does global warming entail? Glad you asked, I the Grand Fubba just happen to know.

Global warming is many things to many people. For the liberal it is a way to expand government in the face of a “doomsday” scenario (once again ironic… didn’t they complain about President George W. Bush doing this?). Yet for the politician this means fattening their paychecks while we struggle against this monumental task. And for the hippie, this is a wet dream they have been having for nearly 50 years.

However, for each of the three classes it still comes back to control. Global warming is meant to strip us of our freedoms the Constitution has laid out for us. With less and less of our God given rights we are to be more subordinate to people like Obama. When they say jump we are to ask how high. And sadly that last sentence is hardly an exaggeration.

Every policy this new (hundred year old… sorry hundred day old) administration has laid out has been leading up to Obama’s “climate change” initiatives. In the coming days we will see our freedoms be crossed out one by one as Obama finds new ways to violate the Constitution (which he could never uphold in the first place). But like Limbaugh says… elections have consequences. Only unlike during Clinton’s misuse of the oval office, this time we more to loose.

We need to protest his every action louder than the liberals did over the last eight years. We need to annoy them every waking moment for the rest of Obama’s so called presidency. We need to spread discontent all across this nation as this man continues to rule like a dictator. If it was good enough for the liberals… well its really not my idea of politics… its good enough for me.
So the next time you see your favorite liberal, remind him or her that “we would all be better off without you” (and if you happen to be talking about global warming it really seems to grind their gears).
Posted by Helix at Wednesday, April 29, 2009 No comments: